Kew Gardens, London
‘There are wonders to see…a crazy winter king, 20 feet tall, covered in ivy and holly, graces the Princess of Wales Conservatory…children are engaged by jesters posing riddles and twisting rainbow diabolos.’
The Independent 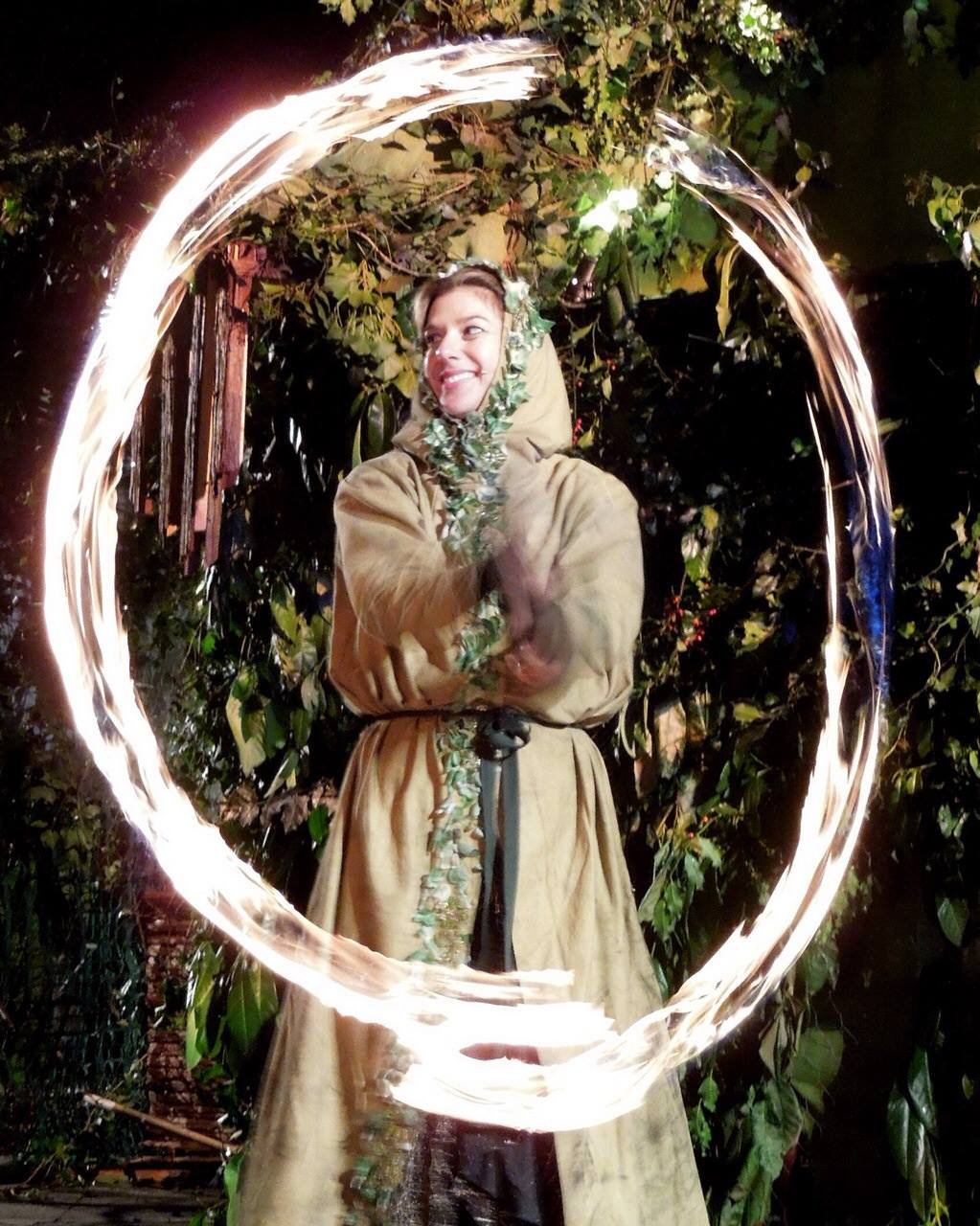 In the court of the Holly King, four hooded figures shelter from the storm, encircled by fire. Towering above them, the Holly King, 20 feet tall, waits for his ancient adversary. The Oak King.

Hwēol is the word for wheel in Old English or Anglo- Saxon, the earliest historical form of the English language, spoken in the early Middle Ages. The story at the heart of Hweol is borrowed from the Christmas traditions of this time and tells of the legendary battle between the Oak and Holly Kings.

These two mighty rulers fight for supremacy as the Wheel of the Year turns each season. At the Winter Solstice, or Yule, the Oak King conquers the Holly King, and then reigns until Midsummer, or Litha. Once the Summer Solstice arrives, the Holly King returns to do battle with the old king, and defeats him - the Hweol or Wheel of the Year complete.

As the audience warmed themselves in the court of the Holly King, each hooded figure, in turn, told their interpretation of this ancient tale.

For the jester, the meeting of the Holly and Oak Kings, is a tale of wit. For the Queen it is one of love. Whilst the sorceress and knight spin stories of witchcraft and war.

Hweol was performed as part of Christmas at Kew. The towering sculpture of the Holly King, made using the cuttings from the world famous gardens.

Through a mixture of street theatre and story telling, over 100,000 people joined in this celebration of British folklore and the power of nature. 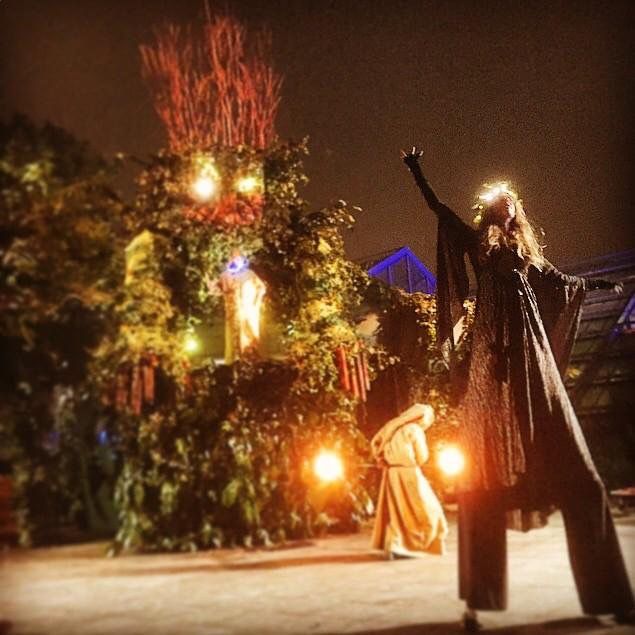