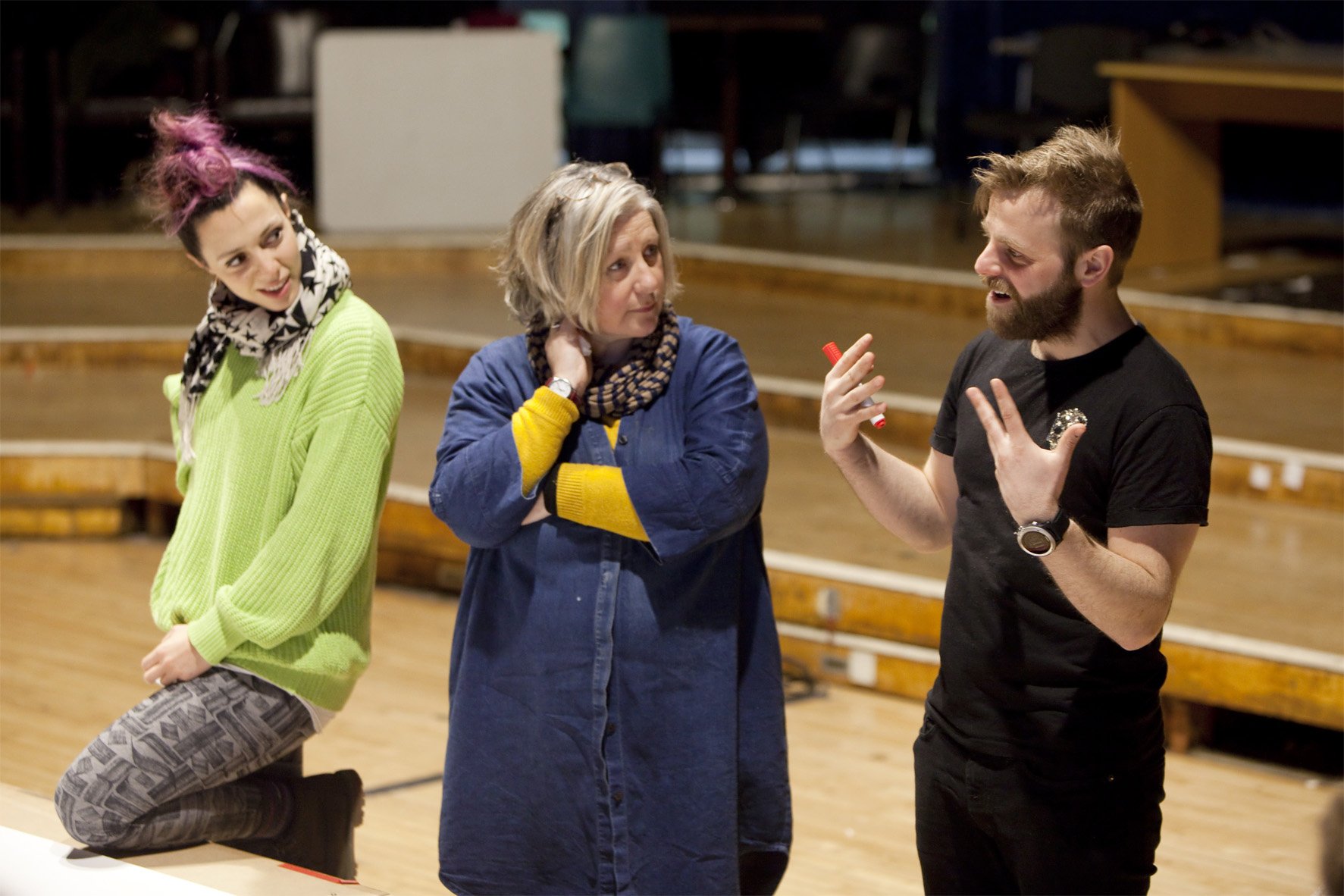 LAS is a word in the Irish language. It means to ignite, turn on or set alight.

Our practice centres around participatory performance, working alongside communities to playfully develop a vocabulary to ignite and stimulate important conversations.

Since 2012 over a quarter of a million people have seen our shows. These productions have transported audiences to the court a giant Holly King during Winter Solstice, filled the streets of Bath with characters from Dickens' Christmas stories, and enlisted the help of an entire town to launch the moon back into space.

Our work has been described as ‘spellbinding’ (Manchester Evening News), ‘powerful’ (The Scotsman), ‘atmospheric’ (The Herald), ‘fascinating’ (BBC) and ‘thrillingly immediate’ (FT).
Awards

"It was an absolute joy to work with LAStheatre on the R&D for Lovewright and, subsequently, A Christmas Carol for our Xmas show 2018. Both projects combined fabulous design with clever use of light, projection, puppetry and physical action to produce compelling storytelling and an immediate rapport with audiences young and old."