LAStheatre has joined over 190 other cultural organisations to declare a climate and ecological emergency.

We're part of the Culture Declares Emergency movement, alongside organisations like Battersea Arts Centre, the Royal Court, Manchester’s Home and the Lyric Hammersmith. The movement aims to draw attention to the decreasing time we have left to arrest man-made climate change, the mass extinction of biodiversity, and the degradation of the planet's ecosystems. 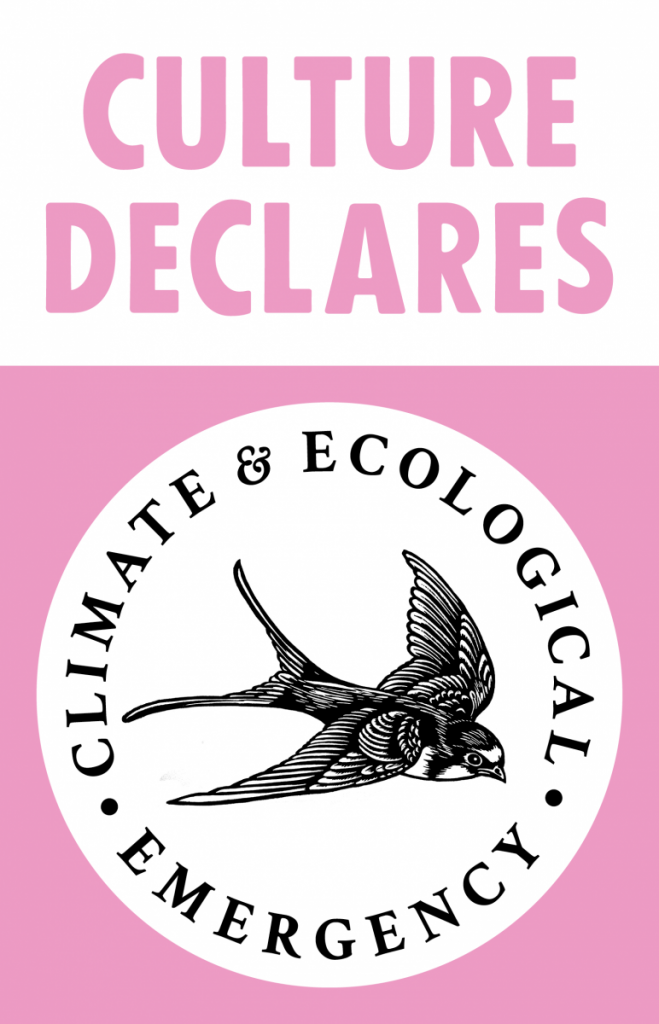 WHY HAVE WE MADE THIS DECISION?

In October 2018, the International Panel on Climate Change reported that we only have 12 years to change how we live, globally.

Since then, new tipping points are still being reached. In December 2018 it was reported that the rate of Greenland’s ice melt has quadrupled. Soon after, NASA discovered a huge cavern has opened up under Antarctica, and that a polar vortex destabilised sending freezing Arctic weather over the American mid-west whilst January was the warmest month in Australia, ever.

60% of wildlife is already extinct and at least three species are lost to eternity each hour. In February, there were reports of a catastrophic decline in insect populations which will soon affect our food supplies. There is a debilitating loss of soil biodiversity, forests, grasslands, coral reefs, mangroves, seagrass beds and genetic diversity in crop and livestock species.

The environmental crisis is worsening injustices faced by people in the Global South, indigenous land defenders in particular, and over time it will intensify inequalities experienced in every country. Climate breakdown is the leading generational justice issue.

WHAT CAN WE DO?

If speedy and drastic action is taken, if we apply the solutions within our reach, we can meet our climate goals. The need to take action on climate is more urgent and more immediate than ever. Failure to act is a failure of responsibility.

There is growing recognition of the contribution of arts, heritage and civic organisations to prompt shifts in the ways we relate to one another and the world, in our values and behaviours. Climate change and ecocide is a deeply systemic problem that can only be tackled by imagining and forging better ways of relating to each other and the world.

We will communicate with artists, audiences and our communities to support them to discover the truth about the Emergency and the changes that are needed. Through our actions and productions, we seek to give a platform to the current research linked to the climate emergency and create awareness, understanding and a positive approach to environmental sustainability.

We pledge to work towards reducing our emissions to net zero by 2025. We will challenge policies and actions that do not help to reduce emissions or consumption levels. We will actively work to imagine and model ways that LAStheatre can lean towards regenerating the planet’s resources while providing sustainably for people’s needs.

We will do what is possible to enable dialogue and expression amidst our global community of artists and creatives about how the Emergency will affect them and the changes that are needed. Our work will always look to recognise and discuss the social justice implications of addressing climate change. We will support demands for more democracy within our civic institutions and government. We believe that all truth-telling, action and democratic work must be underpinned by a commitment to justice based on intersectional principles.

For information on #CultureDeclaresEmergency see here.